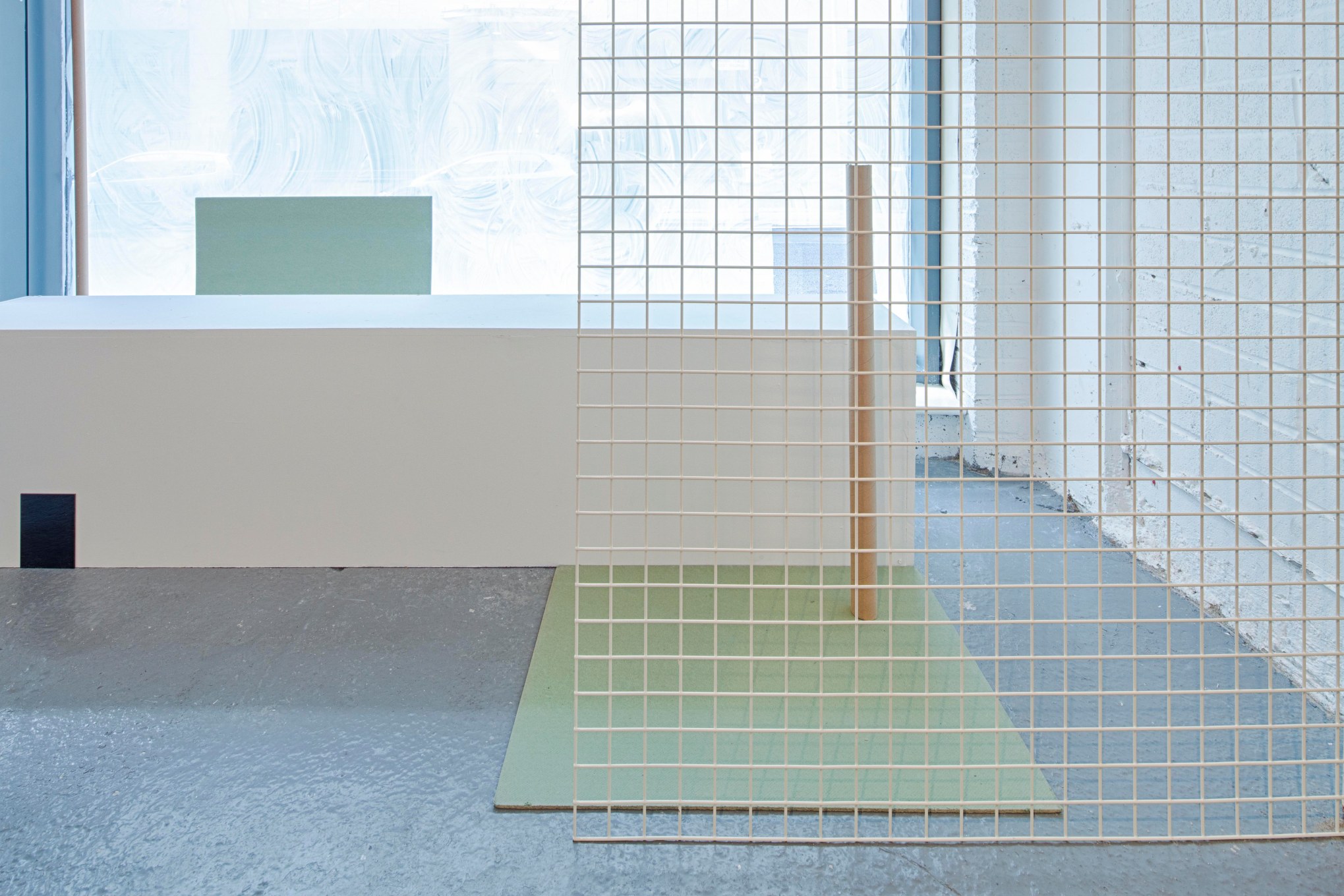 ArtBox is delighted to announce Helen Hughes as our latest PROCESS Residency artist. Hughes will take over the space at ArtBox for the period of August. Helen Hughes’ practice is predominantly sculptural, using expendable materials from modern mass production systems. Often developed for specific sites, materiality is central to the work and both found objects and purchased industrial products are utilised. Colour is prominent, in particular colour that is innate to materials.

Reflecting on consumerism and focusing in particular on the area of intersection between the individual and the structural, this artist strives to humanise a seemly dehumanised behaviour linked to materialism. Materials include isocyanates, resins, and plastic along with readymade commodities. Switching the importance of form over function the component elements are playfully reworked through removal, addition and recasting, to disguise or reveal appearances and draw attention to latent qualities in the materials. No longer presenting the homogenous manufacture of industrial products, materials and objects begin to mimic each other and other things. A process of fluid and gestural physical engagement is used to activate machine finished forms and force them out of an inertia. Often shiny and alluring, selected materials can be wilful, unpredictable and difficult to control. Working against their intended use by disrupting the designed functioning of these materials allows the artist to probe the homogeneity of mass production. Adding layers of history, the intention of the work is to present combinations of altered consumerist objects and relations to connect with narratives of memory and subjectivity. Just as mass-produced goods are utilised physically, titles are found and borrowed from a number of typically mass-media sources.

This body of work references a diverse range of research sources that are centered around botany and botanical activity throughout western history, exploring the relationship between human and plant species. The work involves a large scale pressed flower installation, a series of lithograph prints and drawings in glass. A related sonic work will also be developed in collaboration with composer Sean Carpio over the course of the exhibition period, this will be performed at ArtBox as part of Dublin Gallery Weekend on November 24th.

The Roscommon Visual Artists Forum Award supported by Roscommon Arts Centre & Roscommon County Council Arts Office was established by curator in residence Linda Shevlin to provide visual artists based in or from the county with a platform to develop
their practice. In response to the needs and requirements of the artists in the county, the RVAF award was set up in 2015. Naomi Draper was selected from an open call and was supported with a production budget, a residency at ArtBox, Dublin and an exhibition at both Roscommon Arts Centre & ArtBox.

During the Process Residency with ArtBox, the artists Ella Bertilsson and Ulla Juske explored the abstract concept of time; how to understand it, how to define it and how to experience time passing. Working exclusively with interview-based material from conversations with astrophysicists and astronomers in Iceland and Sweden, it became evident that time can also be understood as a social construction. The artists wanted the installation itself to communicate the idea of a time warp; a timeless, transitional, in-between limbo space. A space where the only purpose for the visit is to wait.

“Time itself is a very abstract thing, something difficult to put a handle on. You can think about it in an analytical way, this is a system we have decided. It’s bright one moment, it’s dark later and so this is going to be a day. Time itself is an abstract concept, I don’t really want to call it the currents of events because I don’t think that’s quite right. I feel like time is bringing winds of change, some kind of change, processes are going on, things are happening from one stage to another. It’s really hard to get a good grasp of it, I don’t think anyone really knows what it is.

Not sounding morbid but I think death is the marker for time. People from the past who lived shorter lives would have perceived time differently then we do. If you took someone from 200 years ago and brought them here, they would be like “why are you wasting so much time?” (Quote from an interview with James Silvester, astrophysicist at Uppsala University).

The personal perception of time cannot be measured with clocks. The physical body belongs to the present moment but the mind can experience time in a non-linear way by connecting past, present and the imagined future together. The present moment which is heavily embedded with memories, dreams and hopes is evident in the lyrics of Leonard Cohen’s song “Waiting for the Miracle”. The song is also the opening soundtrack of Oliver Stones film Natural Born Killers (1994) and can be heard playing from a radio. The film, which was banned in Ireland until 2013, tells the story of Mickey and Mallory, two victims of traumatic childhoods who become lovers and mass murderers, and are irresponsibly glorified by the mass media.

I’ve been waiting night and day

I didn’t see the time

I waited half my life away

The installation was accompanied by an imaginative text by CSO Keeffe: TWO TEDDIES 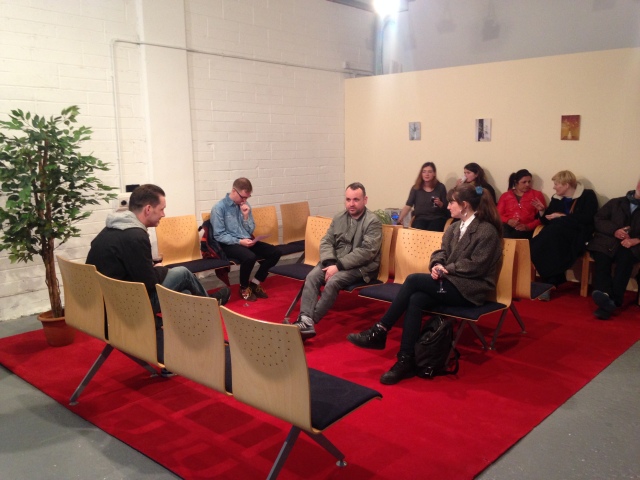 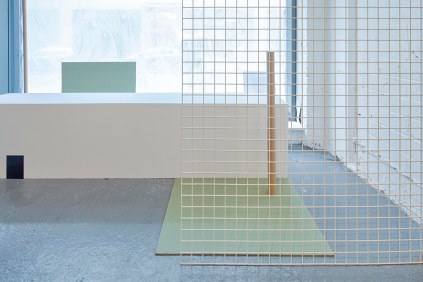 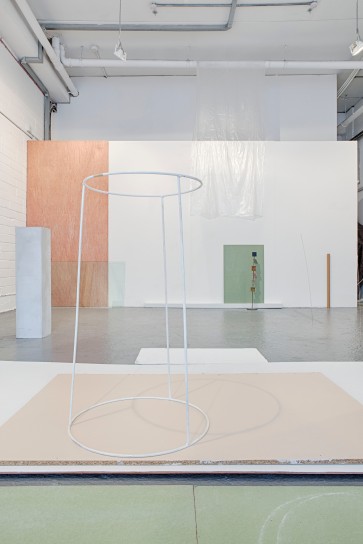 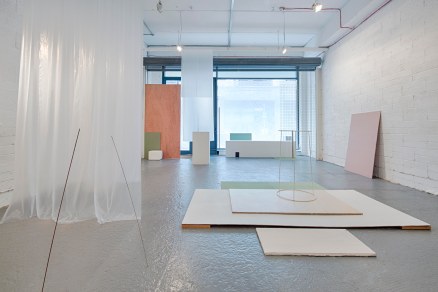